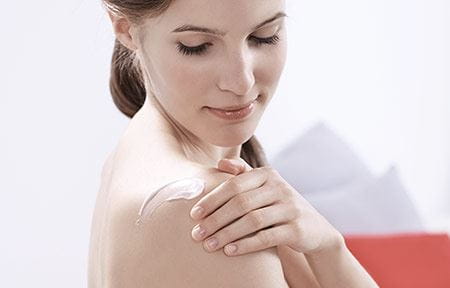 Many doctors and researchers are convinced vitamin D plays an important role in preventing various cancers, including breast cancer. Over the past 20-25 years, various studies suggest women with higher blood levels of vitamin D have an associated lower incidence of breast cancer.1-3

In recent years (2007), a large four-year clinical trial involving 1,179 healthy, postmenopausal women (over the age of 55), reported that participants supplemented with vitamin D (1,100 IU per day) and calcium (1,400-1,500 mg per day) showed a 77 percent reduction in incidence of all combined invasive cancers, including breast cancer, compared to women given placebo only.4

In their concluding statements Mohr, et al., suggest breast cancer patients may be well-advised to increase their blood level of vitamin D to 80 ng/ml (approximately 200 nmol/L), based on all available evidence.5

Mechanism of Action: Why Vitamin D Is Effective

Vitamin D has been shown to reduce cancer development and progression in a number of ways: 1) It slows down the rate of cell division, which reduces the likelihood that cancerous mutations will emerge. 2) It promotes maturation (differentiation) of newly formed cells, which reduces transformation to a cancerous state. 3) It favorably modulates the function of immune cells, many of which are responsible for identifying and destroying emerging cancer cells.1-5

In addition, vitamin D is responsible for increasing the cell’s production of a surface receptor (antennae) known as E-cadherin, which enables the cell to bind to and communicate with adjacent cells or supporting tissues. Very aggressive cancer cells tend to have low levels of E-cadherin, which enables them to replicate unchecked by adjacent cells. This gives cancer cells the green light to invade adjacent tissues and spread into the blood and lymphatic system in their quest to metastasize throughout the body.6-8

Studies show that many cancer cells maintain vitamin D receptors on their cell surface. When vitamin D (25-hydroxycholecalciferol D) attaches to this receptor, it stimulates the synthesis of E-cadherin, which in turn puts the brakes on the ability of cancer cells to invade adjacent tissues and metastasize.5-6 B. Mohr and fellow researchers suggest it is the expression of E-cadherin by cancer cells that likely explains why breast cancer patients with higher blood levels of vitamin D are less likely to have further progression of their disease after standard medical treatment.6

In a follow-up interview regarding the Mohr, et al., study, co-author Dr. Cedric F. Garland, professor in the Department of Family and Preventive Medicine at the University of California, San Diego School of Medicine, pointed out that “a 2011 meta-analysis by Garland and colleagues estimated that a serum vitamin D blood level of 50 ng/ml (about 125 nmol/L) is associated with a 50 percent lower risk of breast cancer. While there are some variations in absorption, those who consume 4,000 IU per day of vitamin D from food or a supplement normally would reach a serum level of 50 ng/ml. Garland urged patients to ask their health care provider to measure their levels before substantially increasing vitamin D intake.”9

Vitamin D toxicity is not known to occur until reaching a vitamin D blood level at or above 100 ng/ml (250 nmol/L), so there is a large margin of safety when taking vitamin D supplements.3

Microscopic Liposomes deliver the nutrients into your body in minutes, with NO loss of potency (unlike oral supplements that can loose potency during digestion).

← What Exactly Is A Cleanse And Why Would You Do This? Are You Nourished Adequately? →